Effects of Teen Drug Abuse: A Case for Drug Testing in Schools 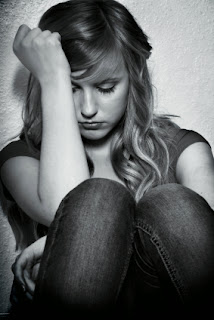 Teen drug use has long been a concern for both parents and school administrators alike. Recent studies have shown that the usual drugs are still around, while new drugs are making a debut with teenagers. The landscape of drug use among students is changing, with new trends emerging.

Illicit drug use remains high amongst students in grades 8-12 both in terms of the total percentage of students using drugs and also the frequency of drug usage.

On the positive side, the use of inhalants is down, which is likely due to stricter regulations on purchasing items like canned air. Ecstasy and cocaine use are also dropping off significantly. And most surprisingly, alcohol consumption is at an all-time low among students.

However, the main drug of choice among teenagers is marijuana; mainly because it’s viewed as less risky than other drugs. There is a strong inverse correlation between perception of risk and drug use, which is to say that as perception of risk decreases, use increases. With the recent legalization of marijuana in certain states for medicinal purposes, marijuana is being viewed as less dangerous than ever before in the public eye, which is likely contributing to its continued rise in popularity. In fact, recent figures show that more teens smoke marijuana than cigarettes now. More recently synthetic marijuana like Spice and K2 have also become popular. These synthetics have come onto the drug scene in a big way, with approximately 10% of students in grades 8-12 reporting that they have used them in the past year.

The use of prescription medications remains substantial as well; the most common of which are Adderall and Vicodin. Sources for these drugs include friends and family members who have had the drugs prescribed for medical conditions. Sometimes these drugs are sold or traded, and often times they are stolen from household medicine cabinets as well.

Laws around Drug Testing in Schools

The justification behind drug testing in schools for athletes and students doing extracurricular activities is that those students are representing the school publically so drug use can cause them to reflect poorly on the school and open the school up to liability. Additionally, drug use increases the risk associated with transporting them, monitoring them, allowing them to compete, etc. There aren’t many people opposed to this use for drug testing, because it’s very easy to see what teenage drug abuse can cost a school. The debate begins when you discuss the issue of testing the rest of the student body. Students and parents alike sometimes argue that drug testing is an invasion of privacy. However, U.S. Supreme Court rulings have declared that drug testing at public Junior High and High Schools does not violate students’ Fourth Amendment rights and is legal in the following cases:


Regardless of what rights schools have when it comes to drug testing students, parents still have ultimate authority. If parents want to prevent teens from experimenting with drugs the best way is simply to sit down with them and have a conversation about the dangers of drug use. Teens whose parents talk to them about drugs are less likely to try them, but most parents don’t have that conversation. Before your teen finds him/herself in a situation where they are presented with drugs, have the talk with them and encourage them to make the right decisions!